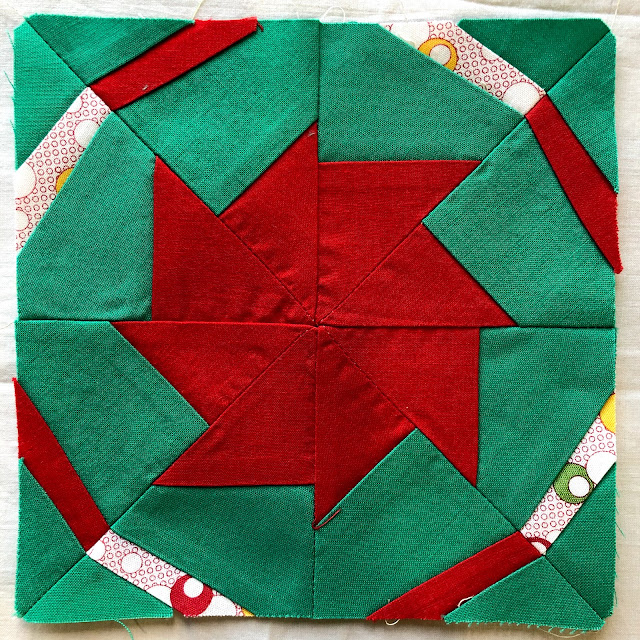 *Anne, No. 5
1930's Farmer's Wife
No drama, no whining, but I start to fall into those traps when I pull out old projects. Don't you? Do I really want to invest the time to finish a project I've started, stopped, and reshelved so many times? Will I  find value in it?
How do you approach some of your long term WIP's or UFO's these days?
I am not a fan of paper piecing, but it absolutely has its place. It's like taking the winding road up the mountain. Sometimes it's the only way to get there. So I'm sucking it up, and doing it. I can paper piece. (I've even taught paper piecing.) I just don't like it. So I'm going to do what I've told my kids for years.
Fake it 'til you make it.
Your attitude is everything, and sometimes you can get over those humps in the road by pretending. So for the foreseeable future, I like paper piecing. 😁 Really, I do! 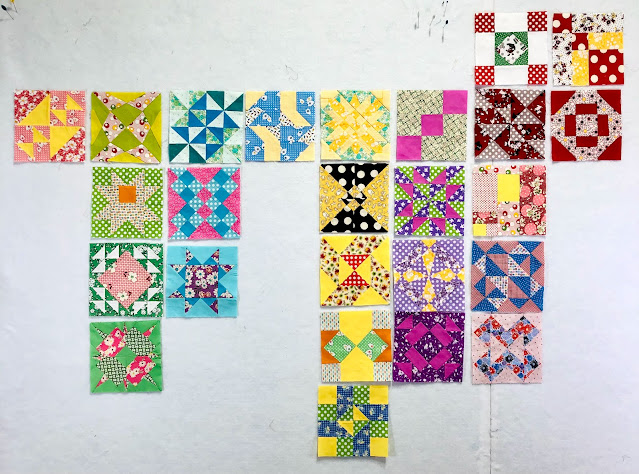 I pulled out my blocks, put everything on the design wall, and realized I had about 1/4 of them. I organized them by color above. 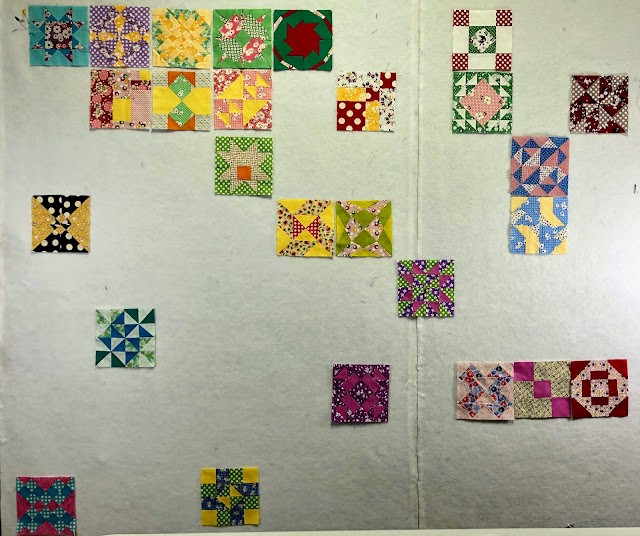 Here are the same blocks as a grid with the missing blocks. 75 blocks between now and the end of the year is doable at roughly 1 a day. I'm considering it an exercise in attitude.
*FYI, my Anne block is a mirror image. I found the block half done in my project box, and rather than redo the whole thing, I started where I left off. That was from back when I didn't love paper piecing. 😉
Come on, Doxie girls.
Let's go sew.