Custom Color Dyeing: Round One 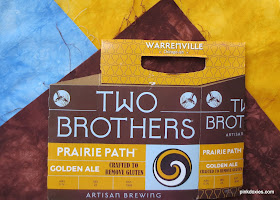 A Palette From Your Favorite Beer

Playing with an introductory set of Procion MX Dyes was the equivalent of jumping out of an airplane for me--or so I can imagine. It was thrill seeking with both feet on the ground, but what a rush! Dyeing to Share  and Dyeing to Share Part II. 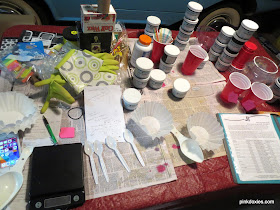 Christmas came early as I carefully researched what dyes I needed to make the greatest array of colors. Dharma Trading Co. had a deal on sets until the end of December, and I took advantage. I also cosidered what palettes I normally lean toward, and shopped those.

Before I launched into a great mess of experimentation, I took the time to get uber organized. I created notebooks with detailed information about all the different methods of dyeing, recipes I might need, etc. I had the information at my fingertips because I don't have wifi in my studio. (It keeps me on task.) 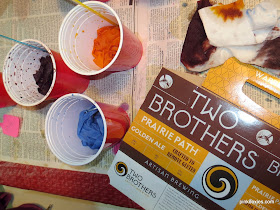 The only process I'd tried so far was the low immersion method. Each method provides a different outcome, and you choose one over the next based on what you want the fabric to look like. Vat or tub dyeing gives the fabric more room to swish around, and more even color distribution. Typically the color and salt is mixed in the container, the fabric is added to soak and absorb the dye, and then the soda ash is added to lock in the color. There were so many more variables than I'd dealt with before. I have to admit, I was just looking for quick and easy so I stuck with what I knew. 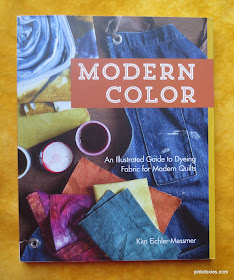 Both Modern Color and Color Your Cloth have been invaluable sources of information along with scouring dyer's sites online. I took a bit from each to figure out what I was after. 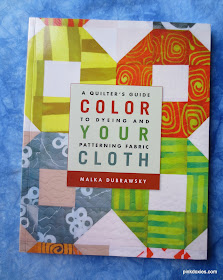 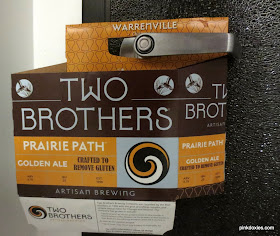 Prarie Path is my favorite GF beer, and I've always loved the color palette used for the carton. Wouldn't that make a great baby quilt for a little boy? I had 2 colors in pre-mixed dyes that were in the color range, Marigold and Sky Blue, but abolutely no browns. This would be my first experiment with mixing colors. I grabbed my gram scale and some coffee filters, and went into it with low expectations.

1. I need a more accurate scale than my gram scale used for coffee. Although weighted measurements are more accurate than volumes, dyes are extremely light in weight. It was hard to track how much dye was going into the coffee filter so I had to estimate in 1/4 to 1/2 tsp. amounts. I recorded everything!

2. Many dye recipes are given in parts. You read 64:25:11 in the 3 base colors of their primaries. Those pure colors may differ with each chart.

3. The same dye has a different name and/or numerical label with each company.

4. Certain dyes have to be used in much greater concentrations to get the same intensity. They are marked with *, **, ***.

5. Dyeing is complicated. I was pretty terrified. Remember I said I had low expectations?

6. Dyeing is a forgiving process, and there has to be some magic involved because the rinsed, but wet fabrics are breathtaking! 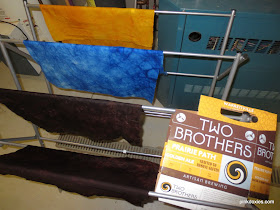 You can see several things from this picture: The colors are much richer when the fabric is wet. I used 2 different dye recipes for brown since I wasn't sure which might work. The blue is too deep. My room isn't glamourous, but it is warm. Dyes work best at 75 degrees Farenheit and above. 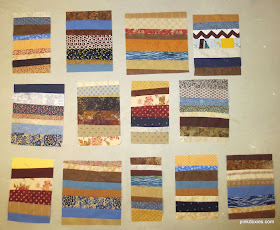 Running up and down the stairs after more fabric, I discovered that the improv blocks I'd been working on were the same palette. I had completely isolated both projects, and this never struck me until I saw it. They are for two different people. 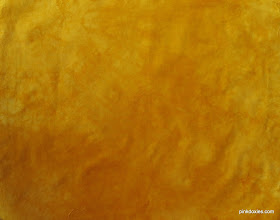 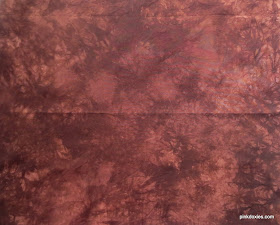 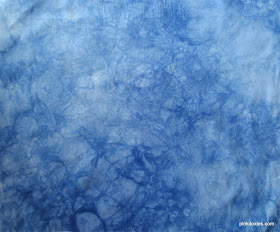 Putting both browns up against the other shows the difference below. One is definitely a better match. 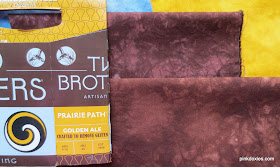 The next step is refining the blue to a paler tint. A tint would be the color mixed with white, but there isn't a white dye. We have to use another method to get there. 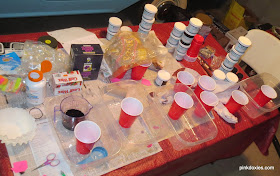 Dye gradations is the next step, and the fat eighths are already in their cups. I'll let you in on the outcome the next time we meet. Until then, the Llama boys say hello to all their friends. 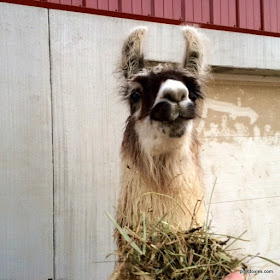 Misha, whose greatest joy is licking the dirt off the barn door. 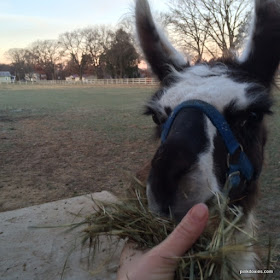 Cecil, whose mom is vacationing, but took all his nasty medicine anyway. He is recovering from his second bout of meningeal worm in so many months, a parasite that travels up the spine has neurological symptoms. Animals die if not treated. Warm weather is great for people, but not for killing off parasites in the pasture. We need a freeze. 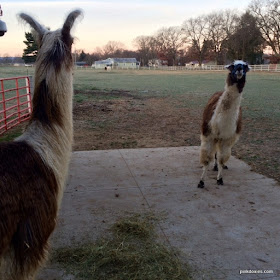 The picture is straight, but Cecil leans. His balance is coming back, and better at some times than others. We love these guys as much as the Doxie girls, but they're definitely a rougher crowd.

Come on, Doxie girls.
I'll go sew while you dream of squirrels.

Linking up with~
Patchwork Times
Bits 'n Bobs
Monday Making
Cooking Up Quilts
Show and Tell with Bambi
Whoomp There IT Is!
Sew She Can
Sunday Stash
Oh Scrap!